Florence has a lovely museum in La Specola.  Housed in a university building that separates Via Romana from the Boboli Gardens, you are welcomed by a crocodile to beautiful courtyard loggia with pietra serena columns.

A wide flight of stairs leads up to a laical temple dedicated to Galileo Galilei that’s all polychrome marble and plaster medallions. Here you’ll find marble busts of Ferdinand III and Leopold II, Grand Dukes of Tuscany, the son and grandson of Leopold I who founded the museum. 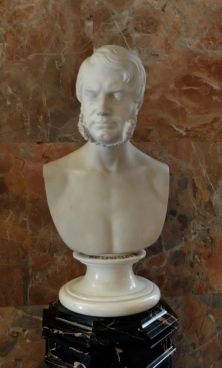 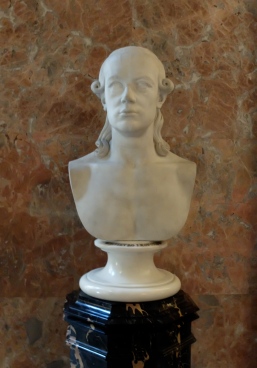 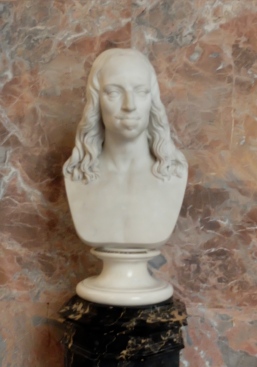 Peter Leopold Joseph was born in 1747 and died in 1792. Being his parent’s third son, he was supposed to become a priest (read up on primogeniture if you want to know more on how important it was to beat your brothers out of the womb,) but these studies were said to have influenced his mind in a way unfavorable to the Church. His parents decided to give him Tuscany, out of sight and out of mind from Austria and he became Leopold I, Grand Duke of Tuscany.

Leopold was an illuminated monarch and did great good to his Grand Duchy, but he was never popular because he offended the political and ecclesiastical powers that were and replaced them with a rational system that brought them no profit.

They say that Leopold was a cold-hearted man but he must have been fiery somewhere because he had sixteen children. Ferdinand III was his father’s second son and became Grand Duke of Tuscany in 1790 when Leopold left for Vienna to become the penultimate Holy Roman Emperor and deal with tricky situations such as his sister Marie Antoinette’s plight. Even though Ferdinand III was the first monarch to recognize the French First Republic, Napoleon threw him out of his Grand Duchy and gave it to his sister, Elisa Bonaparte in 1809. Ferdinand was reinstated in 1814 and ruled for ten years until his death in 1824. 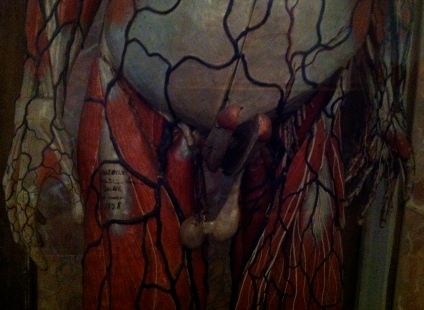 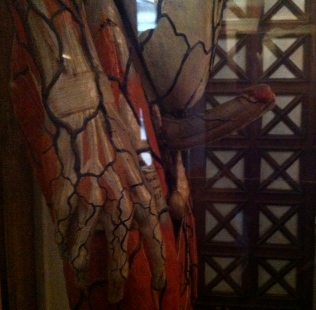 Leopold I founded the first version of La Specola, then called the Imperial and Royal Museum of Physics and Natural History, in 1775. It was one of the first museums in Europe and was designed to show Nature’s work from the skies (therefore the Torrino, the observatory, located in the center of town before light pollution made such a thing impossible) to the earth. Located in a palazzo next to the Grand Duke’s residence at the Palazzo Pitti, it was open to anyone, “who was decently dressed,” and was a place where you could learn and improve yourself through science. It was a huge success, especially amongst women, and put Florence at the centre of science in Europe. 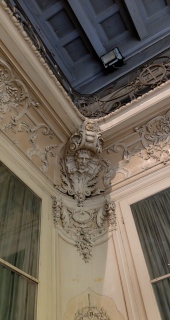 The museum has seen some changes over the centuries; its fabulous collections have grown, been divided, fallen into a state of disrepair then bounced back from obscurity. Its collection of scientific instruments, everything from astrolabes, to globes to thermometers, is now in the Galileo Museum in Piazza dei Giudici. To see the collection of animal skeletons on the ground floor you have to reserve (and pay for) a special tour. 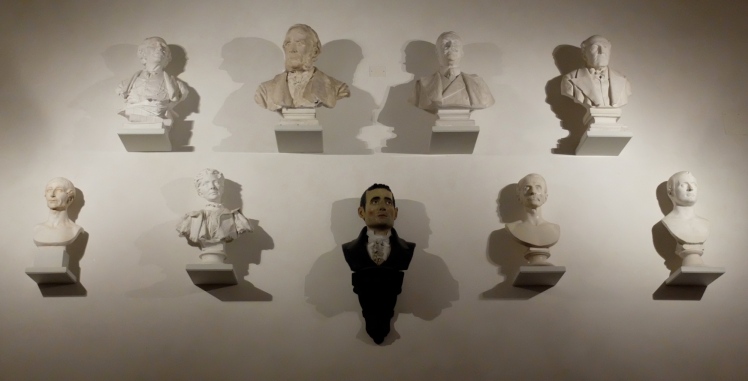 A visit to La Specola starts at the top of the building and sifts down. The ambient is a typically Italian mixture of beautiful cabinetry, elegant frescos, fabulous views over the Boboli Gardens and signs taped to the walls.

A seashell extravaganza and clothes made from mussel beards

The first few rooms are a trip through exsiccated octopi, coral and seashells followed by insects, parasites and such. 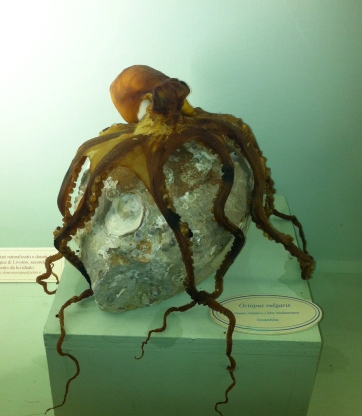 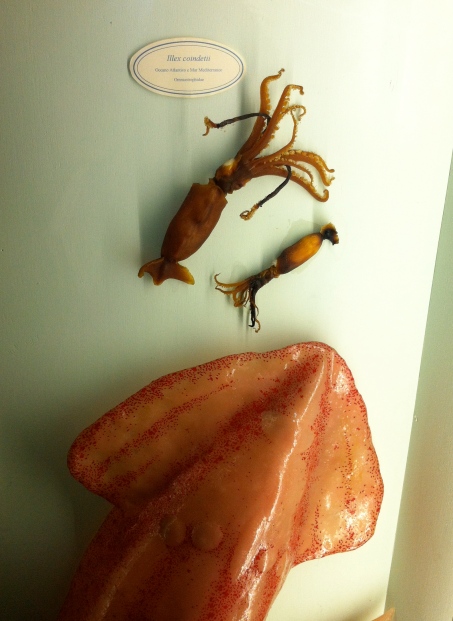 From there it’s on to the vast collection of taxidermy- everything from armadillo, to vombato, that is wombat. It’s an entire zoo, but silent and breathless. There’s even a special place for you in an antique vitrine in the Primates room. 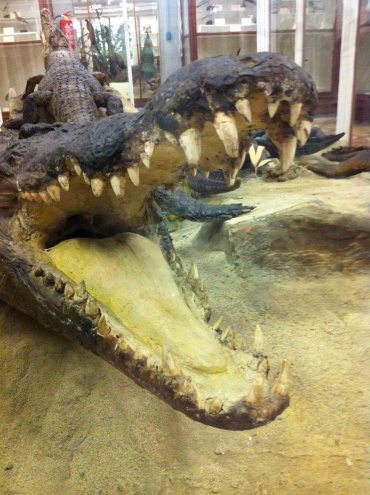 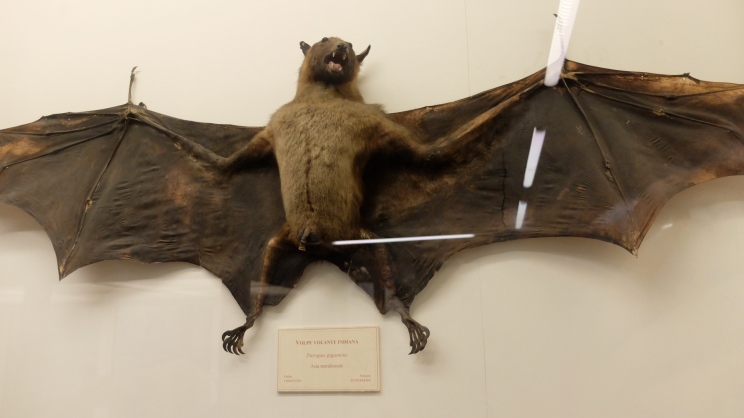 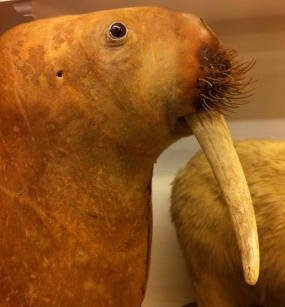 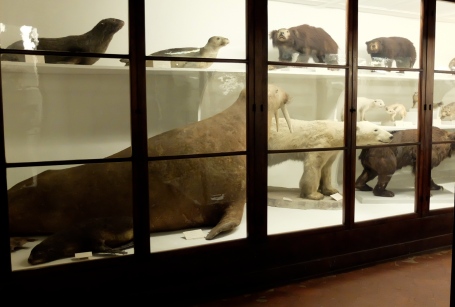 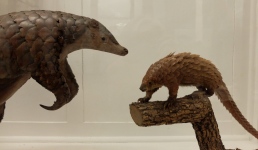 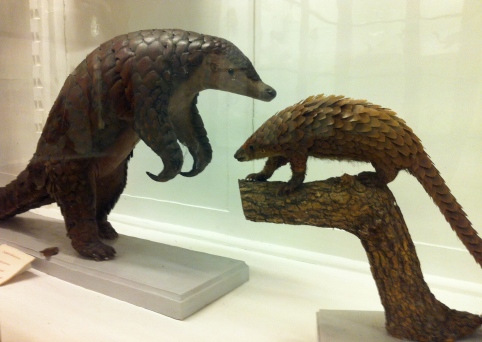 The pangolino and the cupola show similarly scaly construction techniques 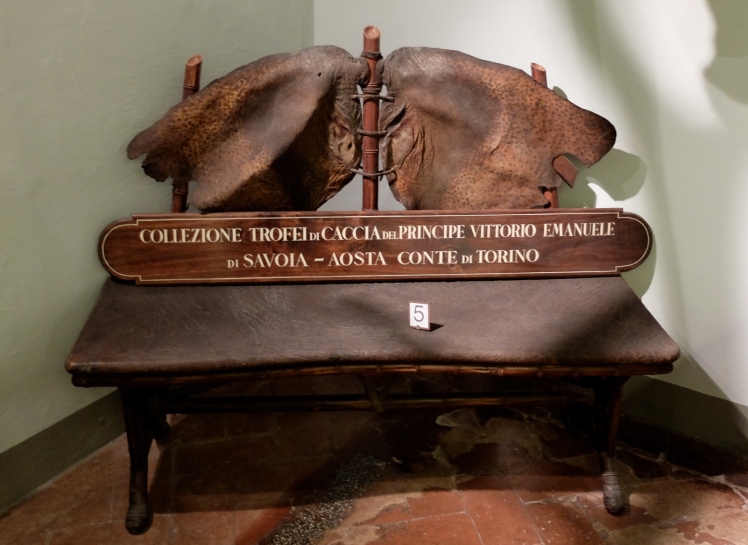 A corner is dedicated to the Prince Vittorio Emanuel’s African hunting trophies. A suite of elephant skin furniture there includes this really rather revolting loveseat- with a backrest made from elephant ears. Waste not, want not Cassandra supposes.

Quoth the raven nevermore: the Specola’s collection of birds is endless then it’s on to turtles, toads, pythons and sharks. 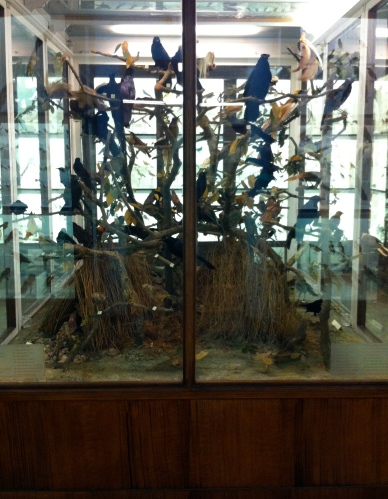 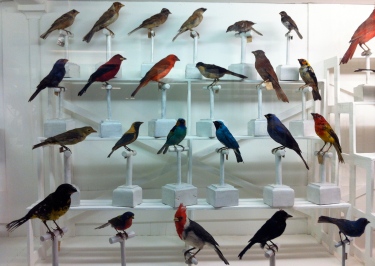 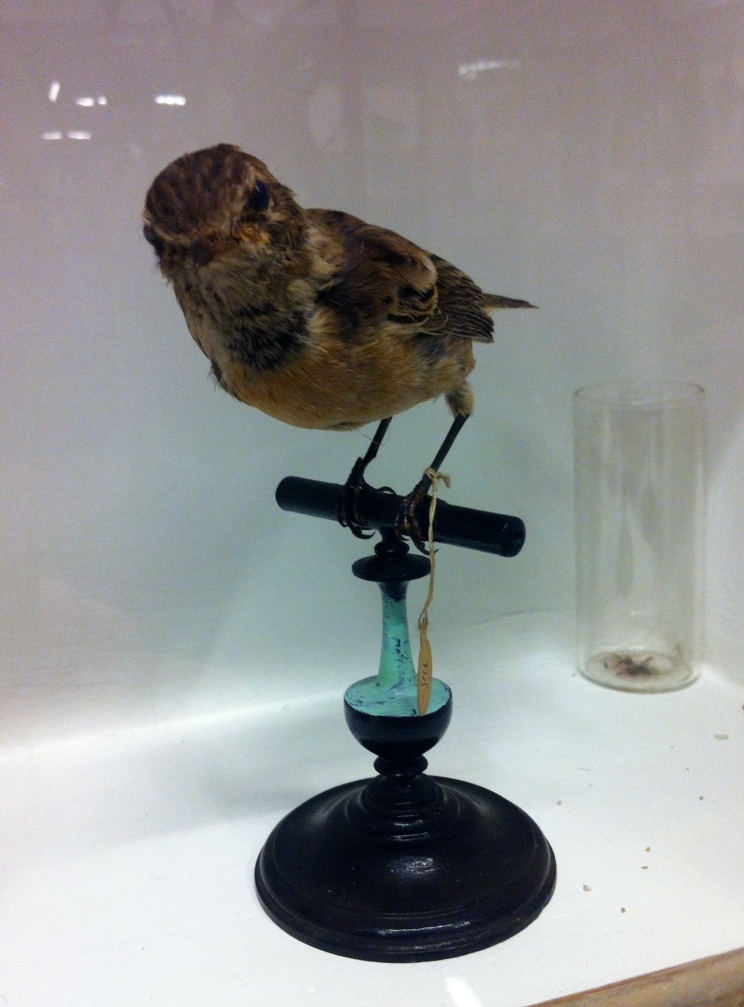 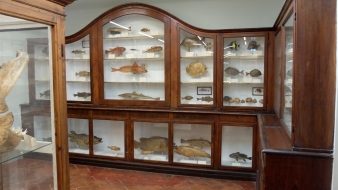 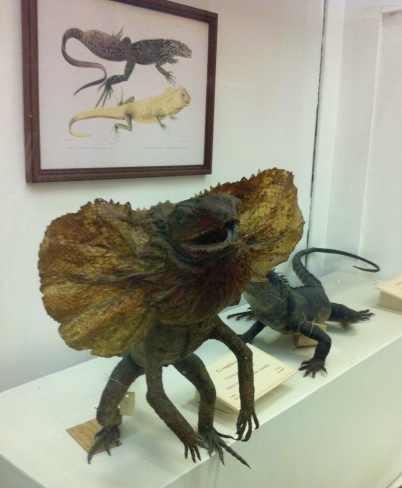 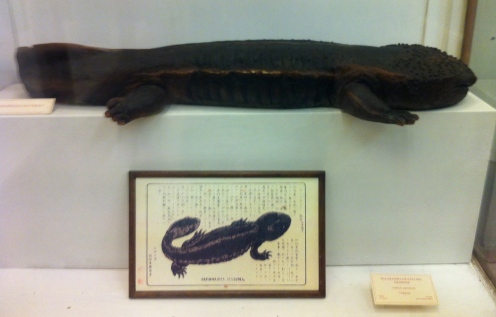 La Specola has taxidermy specimens of practically the the entire animal kingdom. If after viewing them you’re exhausted, keep in mind that the best is yet to come. The large paper mache anatomical models by the Maison Auzoux that are in the Galileo Tribune are just an antipasto: La Specola is most famous for its collection of wax models of human anatomy by greats such as Gaetano Zumbo and Clemente Susini. Read on to Part II of this section.

Suggested listening: The Beatles, I am the Walrus